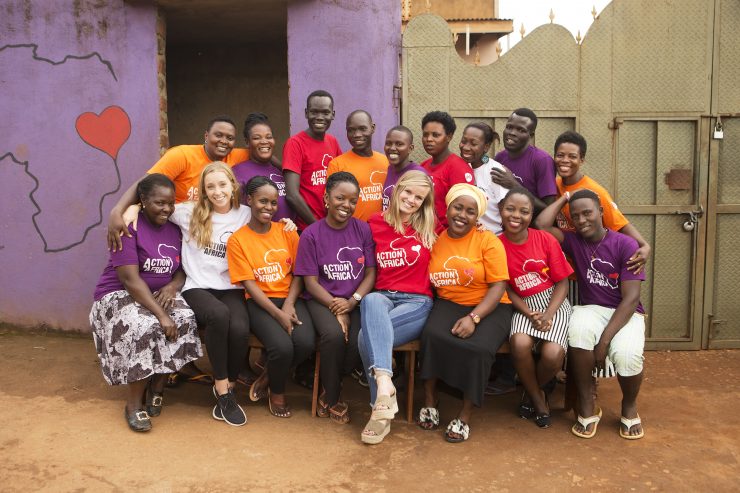 The staff of Action in Africa, founded by Sarah Nininger ‘13, gather in front of the Nakuwadde Center in Uganda.
Alumni

Lessons at Chapman Lead to Action in Africa A nonprofit founded by Sarah Nininger ’13 provides vital services to a Ugandan community.

A nonprofit founded by Sarah Nininger ’13 provides vital services to a Ugandan community.

When Action in Africa opened a new community center in Nakuwadde, Uganda, in January 2015, it was an important milestone for the nonprofit and its young executive director, Sarah Nininger ’13. Still, the center’s success was not at all certain. The floors were still caked with mud from construction, and there were no doors or windows.

Fast forward less than five years, and Action in Africa’s Nakuwadde Center now serves up to 500 meals a day and offers arts and education afterschool programming, medical care, a savings program and other services. Nininger’s organization helped turn an empty building into a hub of vital services, but she says the local community deserves credit for the center’s success, because it’s locals who run day-to-day operations, improving the lives of their neighbors.

The Nakuwadde Center is the culmination of 15 years of work. Sarah founded Africa in Action as a high school student and then continued to build it while studying at Chapman University. She says her Chapman degree program was perfectly tailored to meet her personal and professional interests. And as an alumna, she has found a network of like-minded supporters.

“Chapman’s a part of my DNA,” Nininger says. “One of the really special things about Chapman is that it bridges all of us together to support each other in our industries.”

Nininger was among the first Chapman students to graduate with a bachelor’s degree in Integrated Educational Studies in 2013. In addition to preparing classroom teachers, the Attallah College of Educational Studies IES program offers an emphasis designed for students looking to serve in a community setting. Graduates often go on to run nonprofit organizations, afterschool tutoring businesses or arts studios.

“It seemed like it was designed specifically for somebody like me who wanted to be in the education sphere but not be a teacher,” Nininger says. “To have the opportunity to study the community side of things and to learn about real-world nonprofit fundraising and management was really special.” 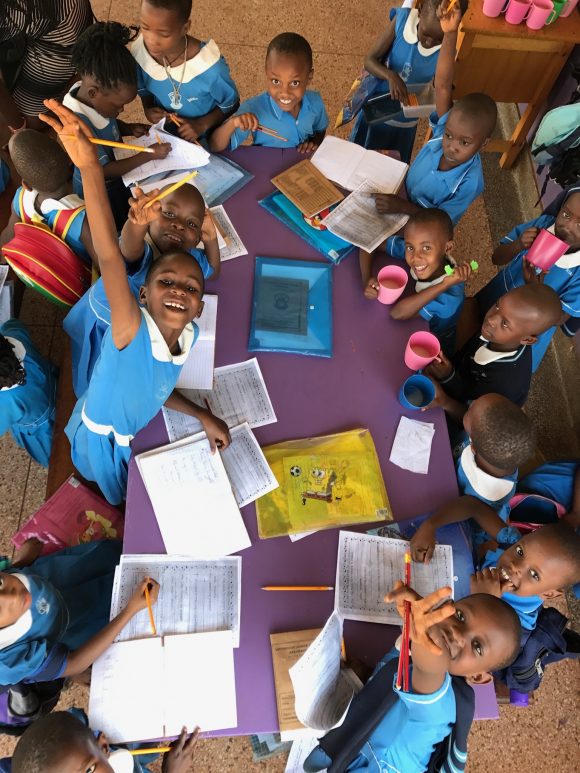 She also developed her leadership skills by serving in her Delta Gamma sorority, as a Chapman Ambassador and as an officer in CARES (Creating a Rape Free environment for Students) and Invisible Children.

“It is beyond impressive how Sarah devoted so much to Action in Africa while maintaining so many leadership roles as well as maintaining an excellent GPA,” says Jerry Price, Ph.D., Chapman dean of students and vice president for student affairs.

During her Chapman experience, Nininger traveled regularly to Uganda, building Action in Africa. At the time, she had one full-time employee. Now the nonprofit has 20 full-time employees and as many as 25 contract or part-time workers. The organization recently opened a new headquarters in Washington, D.C.

In addition to the Nakuwadde Center’s programs and services for youth, it offers adult English classes and scholarships for high school and university students.

“It’s a little bit of everything,” Nininger says. “The goal has always been to listen to the needs of the community. I know how to connect people and raise money, but members of the local community are the ones doing the work.” 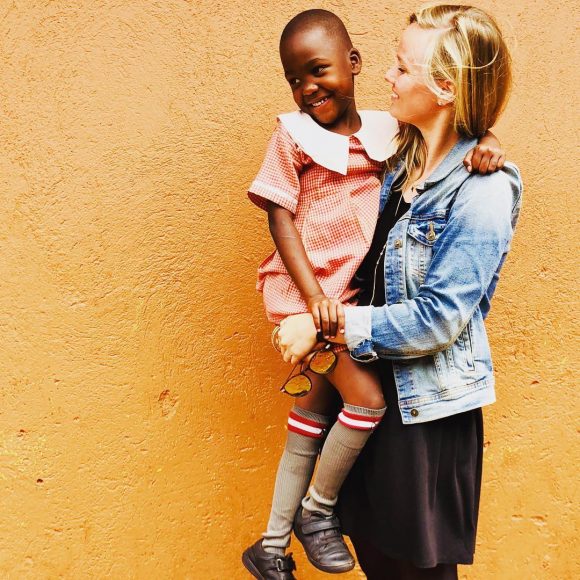 Over the past four years, Action in Africa’s operating budget has increased from $30,000 to $500,000 per year. Nininger says that rapid growth has been “humbling and exciting and scary, all at the same time.”

Nininger is uncertain what the future holds for Action in Africa, “whether it’s scaling up what we’re currently doing or opening other community centers.”

But one thing is for sure. The organization will stay true to its mission of meeting critical local needs, one child and one family at a time.