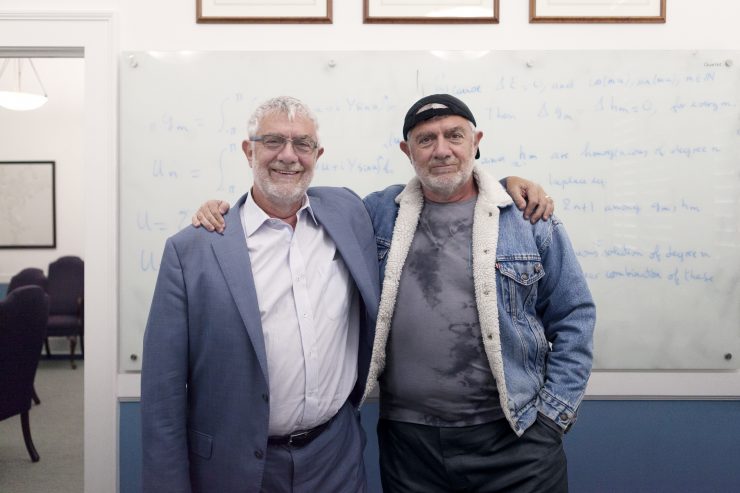 President Daniele Struppa has always believed in the melding of art and science — just ask the new painter tasked with using aspects of mathematics to create a new portrait of Daniele for Memorial Hall: Daniele’s twin brother, Giovanni C. Struppa.

The renowned street artist hasn’t left his secluded house in Milan in decades. “I just couldn’t find the keys to my car,” he says. “I finally found them last month.”

When asked where they were, Giovanni said they were in the ignition all along.

“Little Daniele used to spend more time with his equations than with our toys when we were kids,” Giovanni says. “I remember going through and drawing little faces in the zeros when he was done.” Giovanni was quick to add that he was born two minutes before Daniele, making him the older brother.

The project is a culmination of Chapman University’s efforts to promote an interdisciplinary culture. At Chapman, you can find students double majoring in health science and violin; physics and Spanish; biology and dance; and filmmaking and history.

“Chapman’s focus on collaboration between the disciplines is something we are all very proud of,” Daniele says. “Also, it gave me an excuse to take my brother to Disneyland — he’s always wanted Mickey ears. Plus, Giovanni hates long car rides. It was only a five-minute Uber to the park.”

“It was very important to Little Daniele that we include influences from mathematics in the painting,” Giovanni says. “I’m really proud of how it came out.”

Daniele’s response when asked about his opinion on the piece?

Daniele says the project has brought the two closer together than ever before. So much so that some would even say they are the same person. 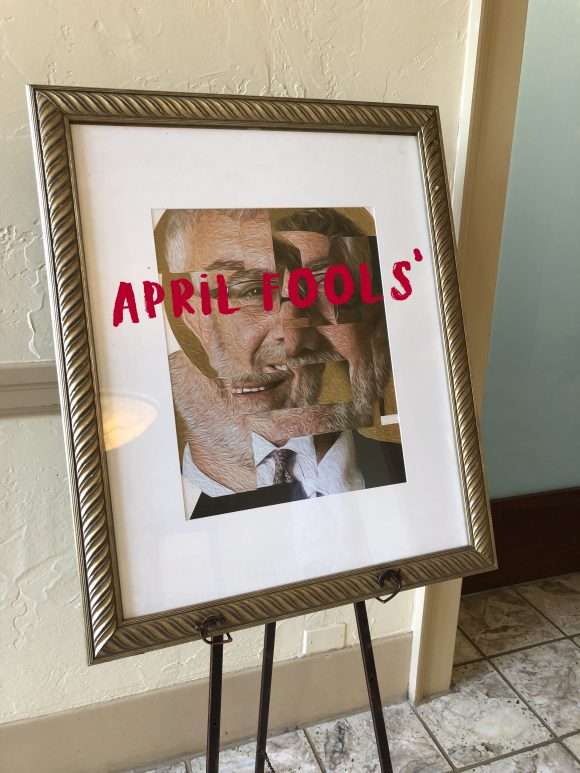