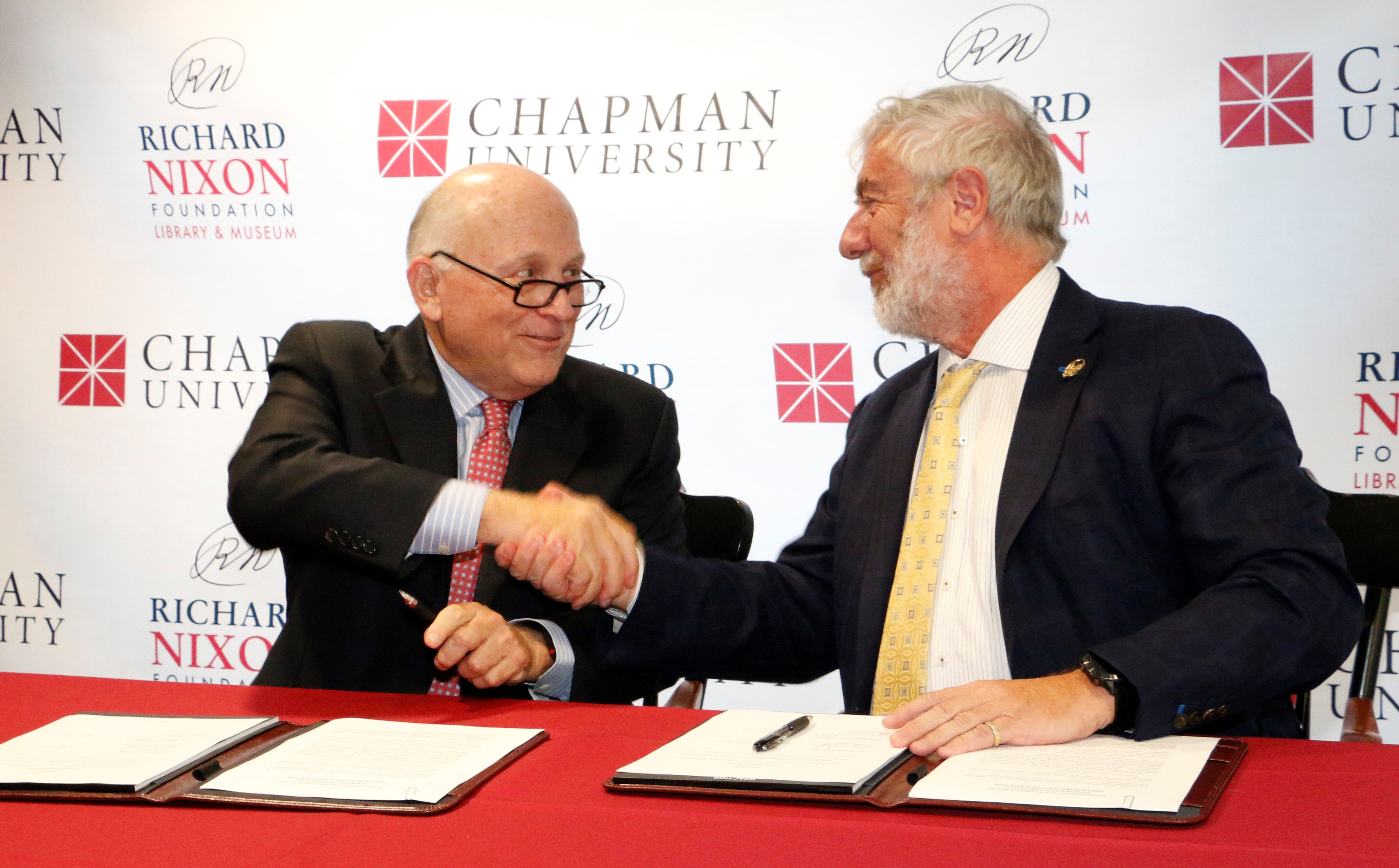 This first-of-its-kind program sponsors a Foreign Service Officer from the State Department Foreign Service Diplomatic Initiative to spend 18 months at Chapman University to obtain his or her master’s degree. According to the agreement, the Nixon Foundation Fellows will conduct archival research at the Richard Nixon Presidential Library and Museum in Yorba Linda, and are required to complete Chapman’s MA Program in War and Society, with a designated focus on President Nixon’s foreign policies.

This creates the first formal ties between the two Orange County institutions – only 10 miles apart – as well as the first official arrangement between the Nixon Foundation and an organization of higher learning.

The partnership launched with two days of programming in late September at the Nixon Library and Chapman University, including a Sept. 28 panel discussion that included Gen. H.R. McMaster, former National Security Advisor to the President of the United States.

“A partnership between a higher education institution and a Presidential library can only enhance the intellectual experience for students, as well as scholars,” said Chapman President Daniele Struppa. “We are fortunate that Chapman and the Nixon Library are geographically close – but also close in terms of the pursuit of truth and knowledge.”

“This innovative Fellows Program honors President Nixon’s legacy by promoting the exchange of ideas and knowledge among scholars from the State Department and Chapman University,” said Bill Baribault, president and CEO of the Richard Nixon Foundation. “Through this new partnership, we’re able to facilitate continued research and analysis of President Nixon’s consequential policies, as well as his continuing influence on global challenges.”

Upon graduation, Nixon Foundation Fellows return to the State Department with enhanced knowledge of a critical period in U.S. foreign policy, as well as an ability to apply it to present-day issues.

The inaugural Nixon Foundation Fellow is Jules Kim. Kim comes to the Fellowship Program from South Korea, having served in-country and abroad as a Foreign Service Officer for the Department of State since 2003. Kim was selected according to procedures outlined in the agreement, which includes recommendation by the State Department, concurrence by the director of the MA Program in War and Society, and selection by a panel of members of the Board of Directors of the Nixon Foundation and former senior foreign policy officials.