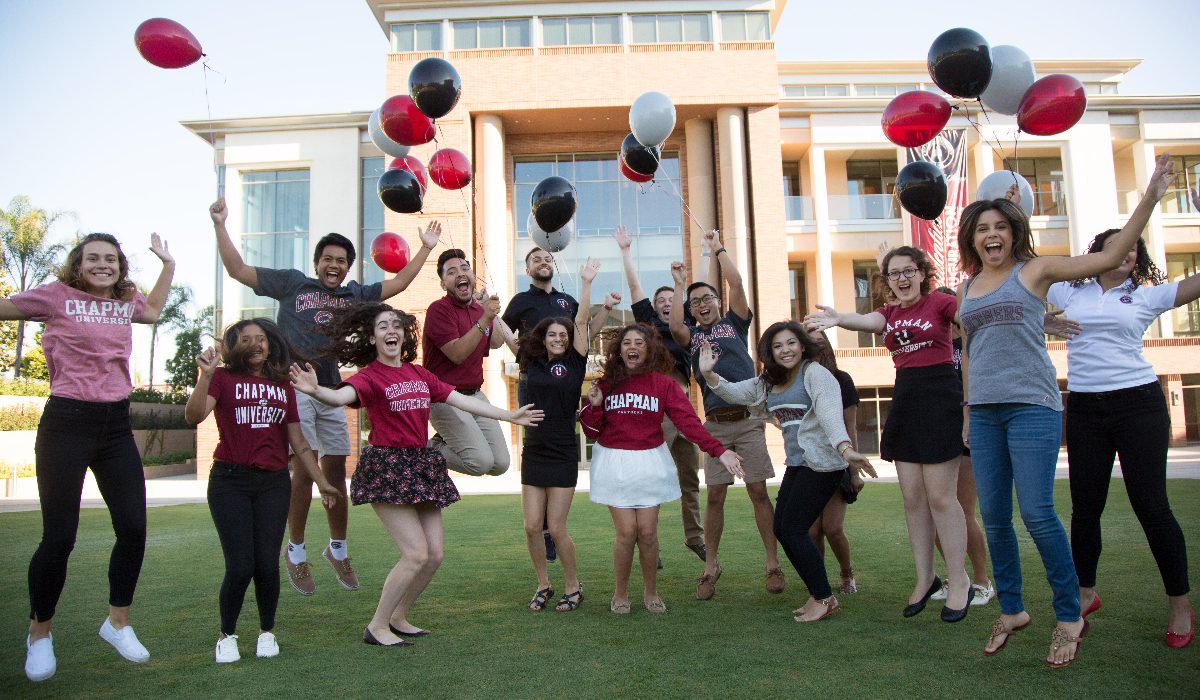 Update: The Installation and Induction Ceremony for Chapman’s Phi Beta Kappa Chapter will be at 4:30 p.m. Thursday, April 18, in the Wallace All Faiths Chapel at the Merle and Marjorie Fish Interfaith Center.

Phi Beta Kappa, the nation’s oldest and most prestigious honor society, has admitted Chapman University as a member.

“Less than 10 percent of U.S. colleges and universities have received the designation of Phi Beta Kappa,” said Chapman University President Daniele Struppa. “It is truly the highest distinction a university can earn. We are proud to have been selected to join this time-honored association, and we know it is an important next step in the life of Chapman University.”

The benefit to students is enduring, Struppa said

“When a student is elected as a Phi Beta Kappa scholar, it is a prestigious achievement that will have a highly positive impact on their career pursuits and lifelong opportunities,” the president noted. “To employers and future associates, it is a recognized measurement of their hard work, critical thinking skills and intellectual curiosity.”

In addition to having a top GPA, students must meet Phi Beta Kappa’s stringent national requirements in mathematics, foreign languages, conduct/character and breadth and depth in the liberal arts and sciences. These students are then acknowledged as the top 10 percent of the University’s undergraduate liberal arts and science students and are granted lifetime membership. Students are inducted as members of PBK in their final year of college.  All members are entitled to wear the Phi Beta Kappa “key” pin, an internationally recognized symbol of academic and personal achievement.

“This is an exciting and proud time for us ― Chapman’s substantial growth and educational advancements have again been heralded on a national stage,” said Lisa Leitz, Ph.D., chair of the Department of Peace Studies at Chapman University. Leitz led the committee working on Chapman’s application. “This acknowledgment heightens the prestige of Chapman’s undergraduate education. Every aspect of what makes a university exceptional – from general education requirements to student affairs programming, graduation rates to financial stability, library holdings to faculty governance procedures — was evaluated by PBK at Chapman over the last 20 years. This success acknowledges our simultaneous growth and improved educational outcomes of our students and faculty.”

Chapman has committed to supporting its PBK chapter by establishing a $3 million endowment designated to further the work of Phi Beta Kappa at Chapman and to support related initiatives on campus that develop the talents of Chapman students in preparation for graduate work and excellence in the workforce.

Students elected to Phi Beta Kappa join a lifetime network of more than 500,000 other members around the nation who are business, technology and government leaders; distinguished scientists, doctors and lawyers; noted artists, writers and journalists; and prominent activists and philanthropists.