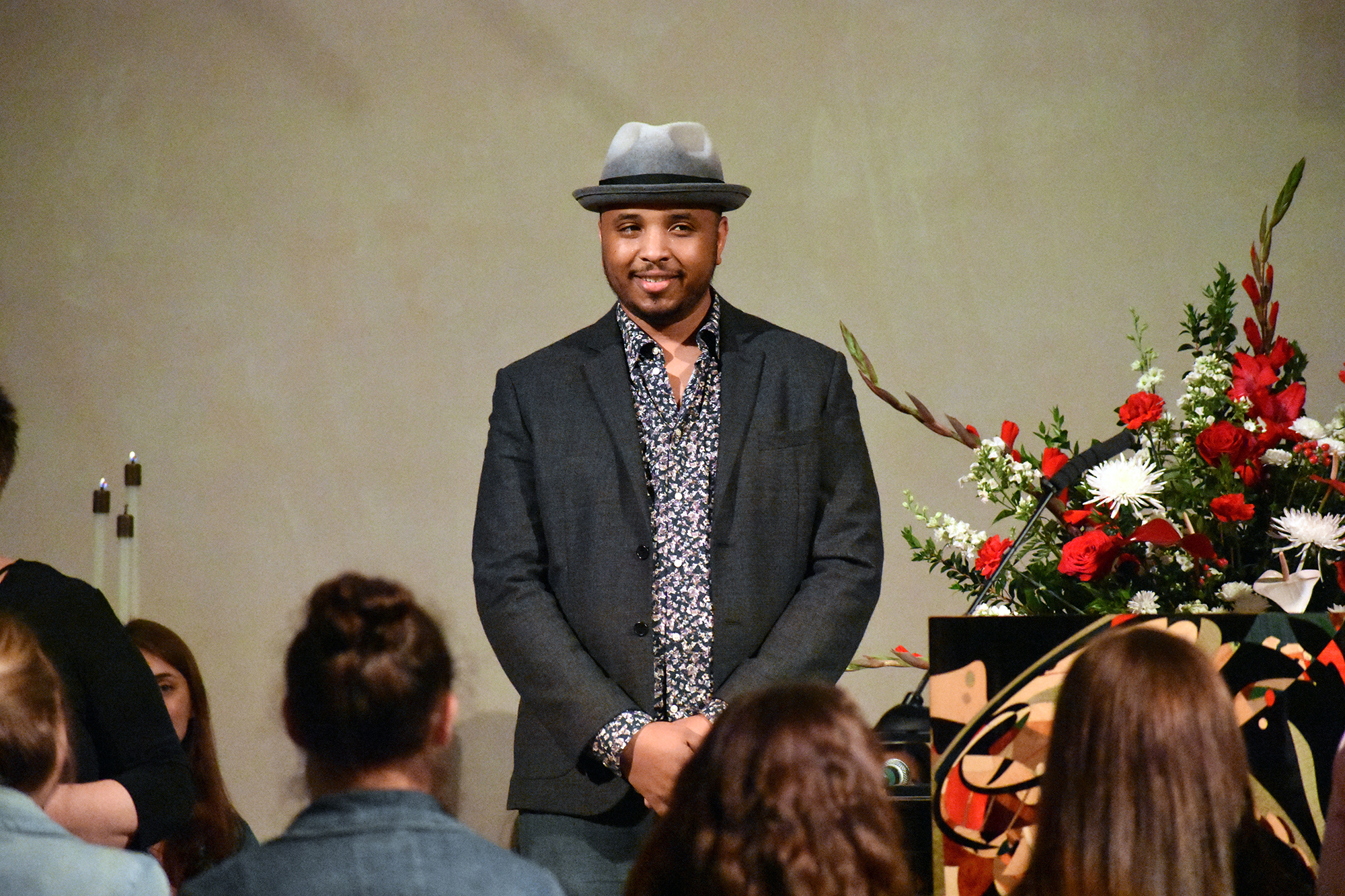 Filmmaker Justin Simien ’05 isn’t one to ignore the elephant in the room. “Dear White People,” his acclaimed feature film and Netflix series by the same name, takes a satirical but unblinking look at racial and cultural tensions among contemporary college students.

So when he stepped to the podium to give the keynote talk at Chapman University’s 2018 Baccalaureate ceremony during a campuswide power outage that triggered multicolored auxiliary lights to kick on and flicker for several minutes, he embraced the moment with humor.

“I requested disco lights,” he joked.

The alumnus spoke Thursday, May 10, in the Fish Interfaith Center, where the Baccalaureate Interfaith Service is held each spring, leading to the events of Commencement weekend, this year Friday to Sunday, May 18 to 20. Simien used stories from his personal and creative journey in a talk interwoven with humor, advice and a call for the upcoming graduates to make their voices heard in ways big and small.

He admitted it took him some time to grow into his own life story, both personally and professionally. He recounted his spiritual exploration that began with Catholicism and included forays into other Christian denominations until he found his place in Buddhism. He described his professional leap of faith when he gave up his job in publicity to focus on “Dear White People.”

Simien advised students to be alert to similar moments in their lives because that’s how change happens.

“There are untold scores of people who are waiting to hear from you. So much of what we take for granted — technology, or the concept of equal rights and interfaith chapels — were completely unfathomable in our history,” he said. “We all had to wait for someone.”

The ceremony also traditionally includes the announcement of the Schweitzer Award of Excellence, given this year to Larry and Dulcie Kugelman ’96. The Kugelmans played a supportive role in the Olive Tree Initiative, a university-based organization that promotes Middle East conflict resolution and analysis and student diplomacy through academic and leadership experiences.

For the what, where, what to wear and all other questions about graduation, visit the official Commencement 2018 web page.

Out of town? Connect with Chapman University’s Facebook page for live streaming of Closing Convocation and the graduation programs within the schools and colleges.