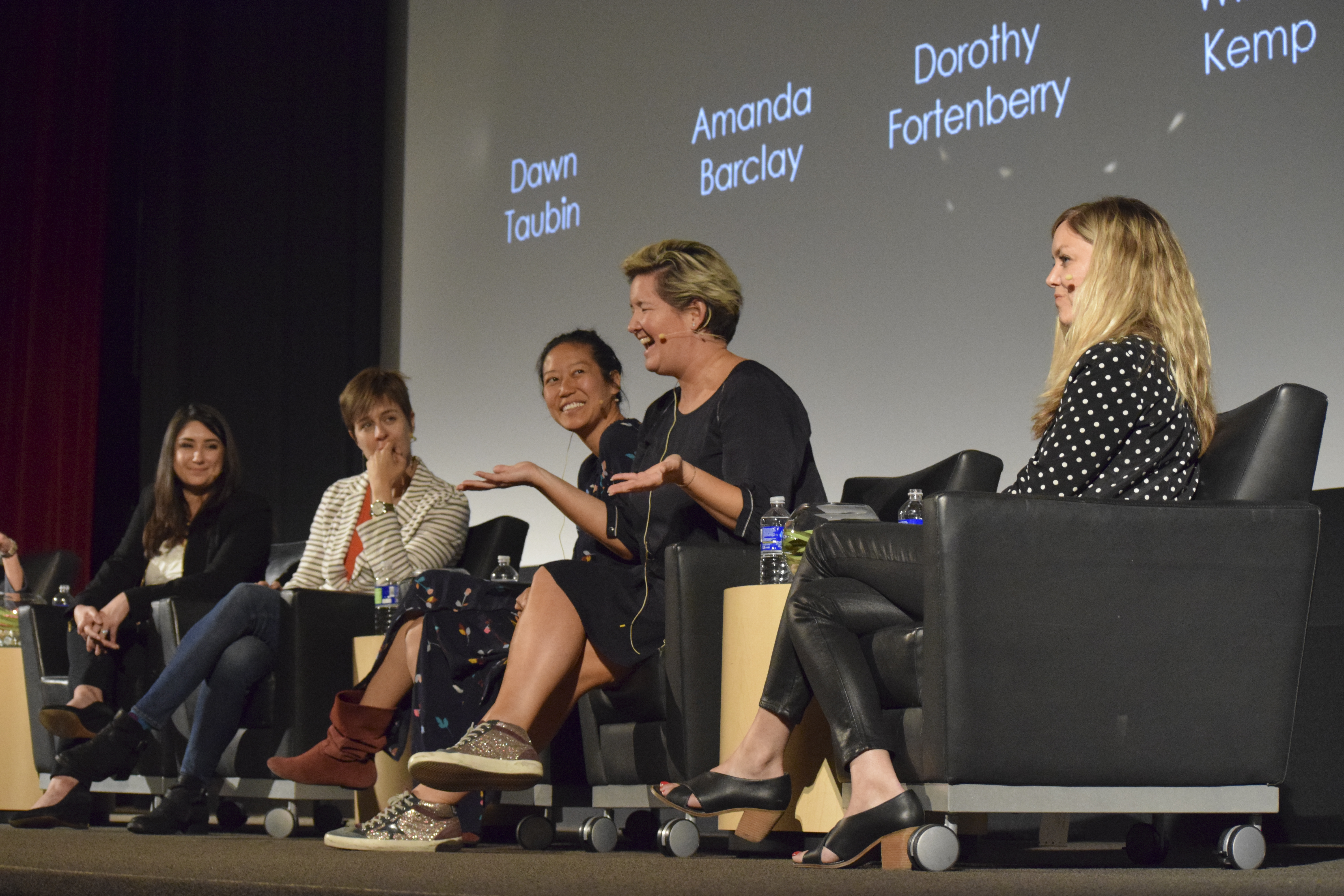 With so much gender-centered turbulence within the entertainment industry recently through the #MeToo and #TimesUp movements, it is easy to see that the dialogue around how women are wronged and disadvantaged is long overdue. However, for the past 19 years, Chapman University’s Dodge College of Film and Media Arts has celebrated women working in the industry by hosting these types of conversations through its Women in Focus conference. The annual event features prominent women in the film profession as they share their personal experiences and the trials and triumphs of their careers.

The theme of this year’s conference was, “The Streaming Era,” with the panelists offering their perspectives on the changing world of film and media, binge-watching and the behind-the-scenes of digital content. Chapman students and the community heard firsthand from: Amanda Barclay, network executive for YouTube Originals; Dorothy Fortenberry, writer and producer on the second season of Hulu’s Emmy Award-winning show, “The Handmaid’s Tale”; Winnie Kemp, senior vice president of television development at Super Deluxe; Bonnie Pan, head of network for AwesomenessTV; and Rachel Skidmore ’10, vice president of emerging platforms at Skybound Entertainment. Moderating the discussion was Dawn Taubin, who most recently served as chief marketing officer for DreamWorks Animation.

The afternoon kicked off with the topic of producing and creating content specific for streaming. The idea “has to spark that feeling in your gut,” said Barclay, who covers current programming for the YouTube Red platform. “[It is essential that] you are being innovative … that’s going to get people’s attention,” Kemp added.

This is just one of many reasons why diversity within the industry is so important—the creators must be diverse in order for the ideas to be. Although some may argue that diversity will not result in good ratings, Kemp is quick to note that “just because it’s diverse, doesn’t mean you are cutting out the rest of the audience.” Rather, the audience is accepting and even craving diversity. This golden era of digital media has become one in which a content creator can focus on “finding the original, unique thing not seen before, and then discovering who it’s for,” Kemp further commented. Content creators are now realizing that they are free to develop whatever idea they would like, because it is easier to share that content with the specific audience it is intended for.

Netflix, Hulu, YouTube and new emerging digital platforms are transforming the entertainment landscape, and as a result, it is forcing everyone in the business to adapt. In traditional television, writers can see how viewers react as each episode airs throughout the series and then write future episodes accordingly. But with streaming, the entire season is written and released at once.

“You can’t really tell how you’re going to land before the show actually lands,” said Fortenberry. “The best thing to do is believe in yourself and your idea, because if you do, then your audience will believe in it, too.”

The panelists also spoke to the entertainment industry’s response to recent gender equity issues. All five women agreed that coming into work every day indeed feels different but there is so much more to be done. Pan described the past year with all the women speaking up in the industry as “the shot heard ‘round the world.’” We cannot move forward “without both men and women pushing things forward,” she said. Barclay continued the conversation by saying, “You have to be a big believer in the team and the people you work with, which is impossible when only half the team is valued.”

Despite the challenges faced as a woman in the industry, the panelists are all passionate about what they do and see their roles as paving the way to make it easier for future female filmmakers.  Their advice on how to prevail in an industry where rejection is common?

“It’s easy to get preoccupied with the failure, but you need to keep pushing yourself,” Skidmore said. In agreement, Barclay added that no matter who you are, you must “be hungry, and be curious.”

Dodge College of Film and Media Arts Women in Focus