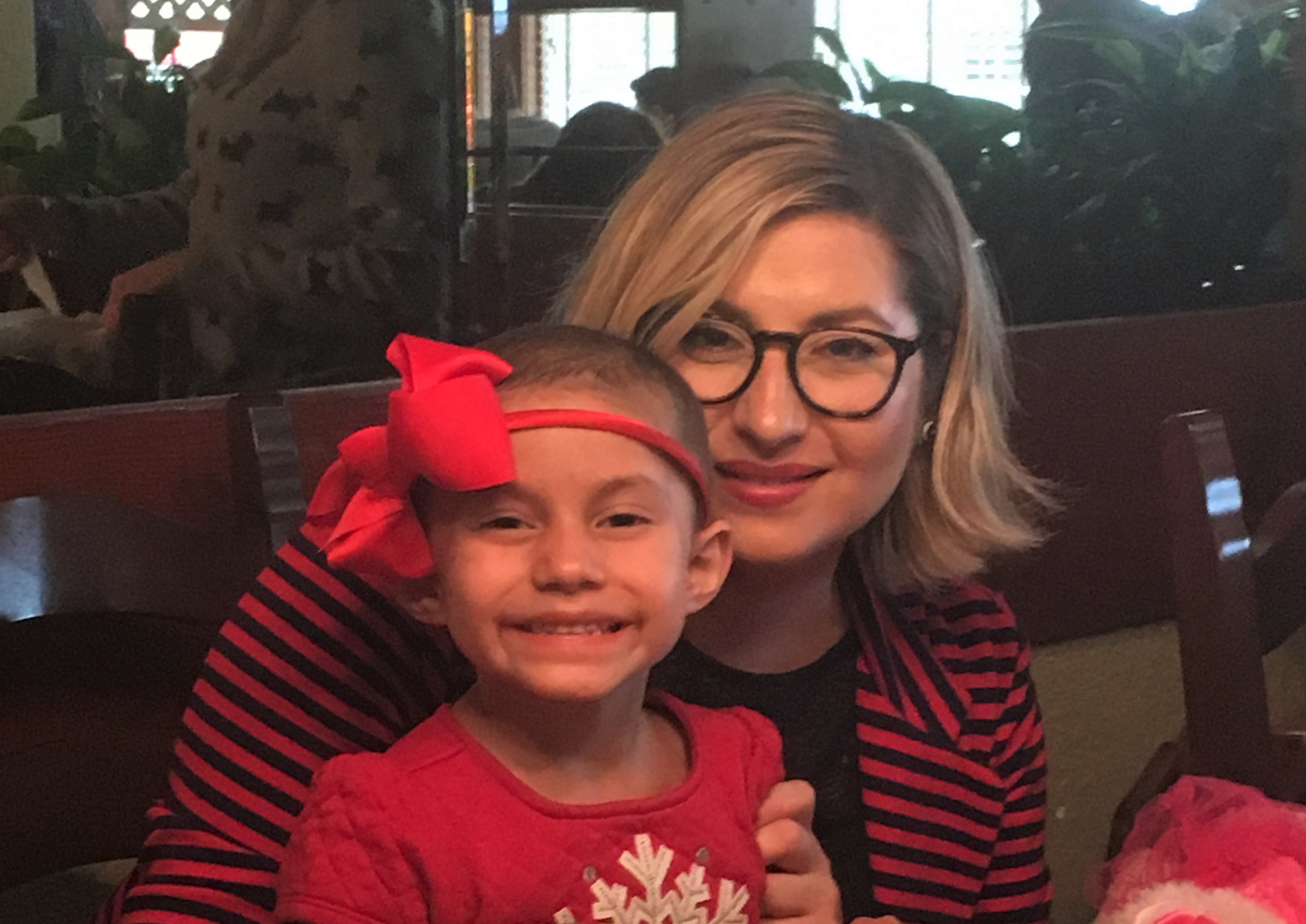 The Valencia orange tree a few steps outside Beckman Hall is not the only reason Maria Correa (MBA ’17) chose Chapman University for her graduate studies. But it definitely helped.

As Correa toured the campus to learn more about the Executive MBA program a vice president at her company recommended, the tree that thrives alongside a statue of C.C. Chapman caught her attention. Valencia is the name of her 4-year-old daughter. That sealed the deal.

“I said, OK, this is my sign. This is where I need to be. This is the school that will help me,” she says.

On that first campus visit, she couldn’t know how that sentiment would take on profound meaning in the months to come. Last spring, physicians diagnosed her young daughter with kidney cancer. Correa was heartbroken and thought her world would fall apart.

Nevertheless, with help from family and co-workers, as well as classmates and professors in the Argyros School of Business and Economics, she persevered. On May 20, just days after Mother’s Day, Correa will graduate on time.

And watching from the audience will be a healthy and energetic Valencia, now cancer-free for just over a year.

“In Spanish, Valencia means vigorous and strong, and boy has she lived up to it,” Correa says.

Faculty are just as impressed with Correa’s determination, as she juggled the demands of her daughter’s chemotherapy and surgery.

“Balancing career and family obligations and an MBA is difficult in the best of circumstances,” says Thomas Turk, Ph.D., professor of strategic management. “I have been so impressed with the grace with which she has handled the added challenge of her daughter’s health. What an inspiration she has been.”

Correa credits the support of her family, co-workers at AltaMed, where she is manager of women’s health programs for Los Angeles and Orange counties, as well as her Chapman Family.

“The close relationship with my professors and being able to open up to them and let them know this is where I am right now was so helpful,” she says. “I don’t know what it would have been like somewhere else. My (classmate) cohort feels like a family.”

That brand of community is a distinctive feature of the program that serves all students well, but it was uniquely helpful to Correa, Turk says.

“(The students) are a professional resource for each other, but often they become lifelong friends. The joy of teaching in the program comes from watching them help each other out personally and professionally. Their love for Maria and care for her daughter is truly special,” he says.

For the moment, Correa is taking time to enjoy her commencement and this Mother’s Day, which she says will be an especially joyful one. But she says the best gift is the one she’ll give to Valencia.

“You need to know that you can make a mark in the world. If I can take that to Valencia, that’s enough. She’s already taught me enough.”