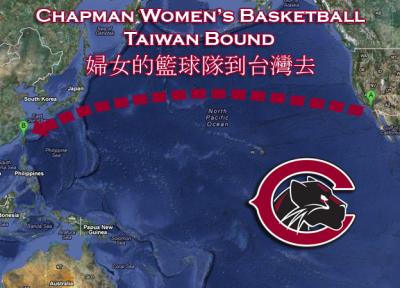 Women’s hoops will travel to Taiwan for summer tournament

The Chapman University women’s basketball team is doing some globetrotting this summer as the Panthers are set to represent the United States at the 34th William Jones Cup International Basketball Tournament in Taiwan this July. Chapman’s entire 2011-12 team – including one last hurrah for all five seniors – will participate in the event from July 7-11 at the Miaoli Dome Gymnasium in Miaoli County, Taiwan.

Chapman will be the lone U.S. representative in the six-team exhibition which will feature teams from India, Japan, Korea and Taiwan (a.k.a. Chinese Taipei). Read more at the
Athletics website
.