Join Jack Horner at the dig site of a dinosaur discovery — the 13th T-Rex of the Hell Creek Project — in his native Montana. Go inside his breakthrough thinking, which has shaken up scientific theory
and soon will stir up classes at Chapman. Visit chapman.edu/podcasts.

Want to hear more about making a dinosaur from a chicken? Check out Jack’s TED talk on the subject.

See photos and learn more about the excavation of the T-Rex fossil finds, which have a new home at the Burke Museum in Seattle.

HELL CREEK, Mont. — It takes hustle to keep up with the whirlwind that is
Jack Horner
. Follow the cloud of Montana dust trailing behind his red Toyota Tundra, and when the truck stops try to match strides with the bearded man who emerges, broad-brimmed hat atop his head and weathered pick-ax over his shoulder. The Hell Creek Formation has yielded more dinosaur fossils than just about any other site in the world, but the most prominent figure ever to roam this landscape just might be Horner himself.

His unique talents and insights make him a legendary figure in paleontology. When Michael Crichton and Steven Spielberg needed inspiration or expert advice for their versions of
Jurassic Park,
each turned to Horner. After decades of discovery, Horner continues to wear new ruts in these dirt roads and traipse these barren hills searching out another T-Rex or triceratops in hopes that their bones will teach us anew.

However, this
is
a time of transition for Horner. He recently retired as the Regents Professor of Paleontology at Montana State University and as a curator at the Museum of the Rockies.

In his new role as a Presidential Fellow at Chapman University, he plans to mix different schools of thought, helping students learn from each other to become more creative thinkers.

Horner knows a thing or two about creativity and unconventional thinking. 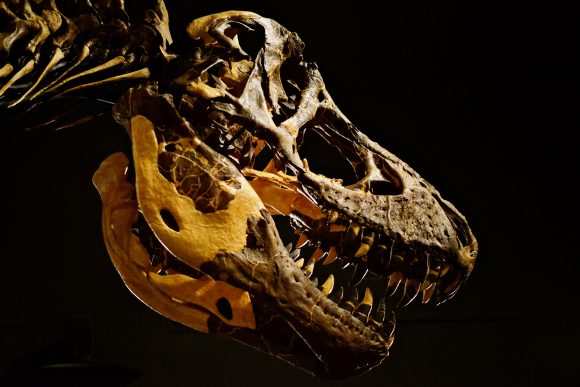 Dyslexia has made book-learning a constant struggle for Horner, who says it took sympathetic teachers for him to even graduate from high school.

“A person with dyslexia is good at spatial thinking and big ideas but not at passing tests,” he notes.

Though Horner flunked out of college seven times, he has championed groundbreaking ideas, including that dinosaurs nested and lived in colonies. Now he’s ready to teach others about how he has succeeded because of, 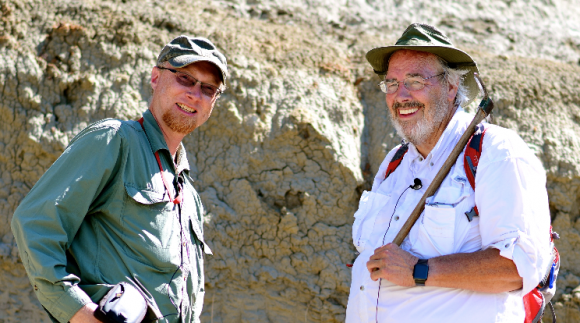 not despite, his nonlinear thinking.

At Chapman, he may even involve those creative-thinking students in his new science project: retro-engineering a bird to make it more like a dinosaur. The so-called dino-chicken is totally doable, Horner says. “And we will get it done.”

The project will yield new insights about ancestral evolution, he says. And the world will have one more creature struggling to keep up with his pace.

“I’m so excited about coming to Chapman,” Horner says. “There’s so much more for us to do.”